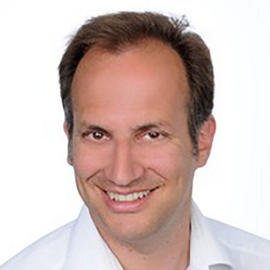 Gruen was selected for his work in developing the early, widely-adopted PMS system, Fidelio. After graduating university, Boston-born Gruen met Dieter Müeller-Elmau (2002 Award of Merit recipient) at a friend's apartment in New York. At Müeller-Elmau's invitation he spent the summer in Europe enhancing software, initially writing software to manage opera company bookings in Munich, and which developed into a full-fledged PMS that they named Fidelio, the title of Beethoven's only opera. Originally installed at resorts in the Black Forest of Germany, Fidelio also found early customers in Switzerland, Austria and Netherlands, and so by necessity was developed as a multilingual, multi-currency system with great configuration flexibility and the ability to add or suppress onscreen data elements as needed. 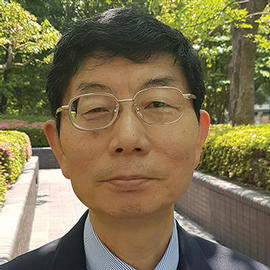 Ichii earned his degree in computer science and engineering from Osaka University before joining NEC. Early on with NEC, Ichii started as a software engineer and then moved to global network system sales support for enterprise communications and managed projects throughout Southeast Asia including Singapore, Philippines, Vietnam, Brunei, Sri-Lanka and India. 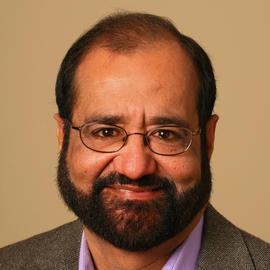 Mehrotra was recognized for his work in revenue management technology. Mehrotra was an assistant professor of electrical and computer engineering at North Carolina State University where he continued inventing and innovating computer models and algorithms. He also spent time with Texas Instruments, where he was heavily involved in the development of a real-time scheduler for a complex manufacturing company. He then became a scientist in the Decision and Technology Lab of Andersen Consulting, where he was instrumental in the development and implementation of major systems for a foremost household goods transportation company. Mehrotra has also co-authored and holds more than a dozen patents. 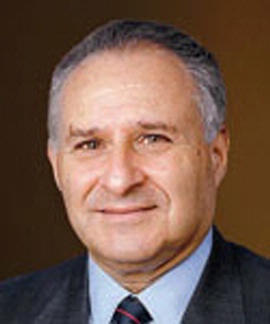 Kadoorie was appointed as director of HSH in 1964 and was elected Chairman in 1985. Under his leadership, the company had expanded from its flagship Peninsula Hotel in Hong Kong, to opening Peninsula Hotels around the world. As chairman of the Peninsula Group, Kadoorie took an enormous interest in the integration of technology within guest rooms and the hotel as a whole. He frequently explored different concepts and tirelessly pushed to get implementation right. The Peninsula was also the first Fidelio PMS installation outside of Germany. 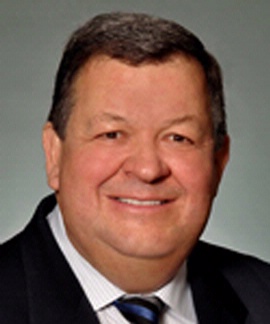 During an extensive career with Delta Hotels in Canada, he pioneered the installation in 1977 of one of Canada’s first and largest hotel computer systems at the 1,000 room Delta Chelsea. Then in the ‘80s as Delta’s vice president of revenue management and technology, he spearheaded the installation of a property management system (PMS) in all 25 hotels. He then developed Deltex, Delta’s first central reservation system creating an online reservation system that sold and marketed all Delta hotels in real time, creating one of the first single image revenue management systems.

In 1988 he integrated the company-wide guest history technology that launched Delta Privilege the guest recognition program that guaranteed “one minute check-in or your room is free!” In the ‘90s Markwart took his revenue management and technology expertise to Canadian Pacific Hotels and Fairmont Hotels and Resorts. He is currently president of MK2 Hospitality Advisors. 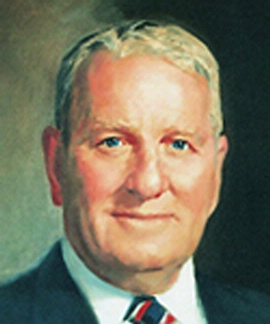 Wilson founded the Holiday Inn chain in 1952 and led an organization that revolutionized not only the way hotels are marketed — with a brand identity supported by consistent performance standards — but the manner in which they are reserved. Introduced in 1965, Holidex became the standard for both the volume of business it produced and the important byproduct data it generated. Wilson passed away in February 2003 at the age of 90. Wilson’s legacy lives on through the Kemmons Wilson Family Foundation, established in 1960, which gives generously to numerous nonprofit organizations within the Memphis, Tenn. community. “Success may not be yours just for the asking,” said Wilson before he passed. “It can certainly be yours if you are willing to work hard enough for it. Decide now that you’re going to be successful, and then put every ounce of physical and mental energy into the effort of making that prediction come true.” 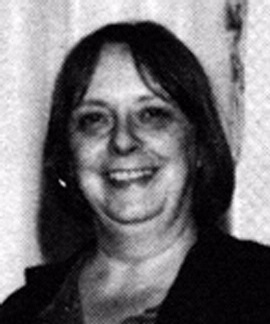 Joyce Christmas was recognized for her three decades of coverage and promotion of hospitality technology via the industry newsletter, The CKC Report.

“In the early days, when every existing hospitality industry publication was mostly silent on the subject of technology, Joyce and The CKC Report filled the knowledge gap about what was really happening in this brave new world,” said John Cahill, CHTP, CHA, the 1993 inductee to the Hospitality Technology Hall of Fame. “She made it easy for the entire hospitality industry to understand how the proliferation of technology was changing how we all would do business in the future.”

She served as an author, editor and manager of the publication which was published by Chervenak, Keane and Co., a hospitality consulting firm. She was also very active on the HFTP Editorial Advisory Council, serving as editor of the annual June technology issue of The Bottomline magazine. 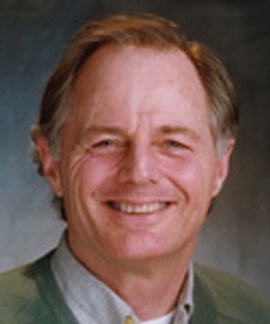 Duncan was recognized for his work with hotel sales automation.

“Bill’s push to increase the effectiveness of sales and catering software placed the technology at a new level,” said David Berkus, a 1998 Hall of Fame inductee. “Broadening the communication between multiple properties and corporate offices via enterprise software eliminated numerous inefficiencies across the board.”

Duncan helped grow Newmarket Software Systems from a seven-person operation to a global software company employing hundreds. In 1994, he founded Daylight Software, Inc. to develop an advanced enterprise-level sales and catering software solution for the hotel industry, using integrated communications over the Internet to link hotels, call centers, corporate offices and customer sites. “It used to be that a hotel technology company could start on a boot-strap basis and become a major player,” said Duncan. “Everyone knew each other and the hotel technology heads. Software purchase decisions and license agreements were pretty unsophisticated compared to the months and years of back-and-forth required now.” 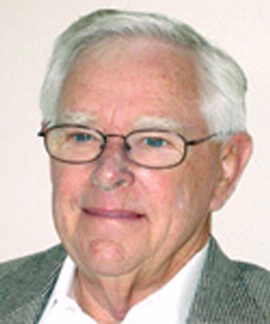 Hollinshead was recognized for his contributions to hospitality automation systems development.

As co-founder with Jack Morgan and Jerry Freedman of Morgan International (which became Micor) in 1969 he designed the first automated room status reporting system to use a CRT display, followed by the first successful PMSs, the Micor II and Micor III, which were adopted by Marriott and Hyatt in the early-’70s. He continued to provide technical leadership and guidance at Galler Hospitality Systems, CompuSolv, HIS, Fidelio USA and RezSolutions, and as an independent consultant. “It was a very exciting time for me,” said Hollinshead regarding his early days in the industry. “The opportunity to learn about hoteliers’ ideas and needs, and filling those needs with emerging technologies was more fun than work.” 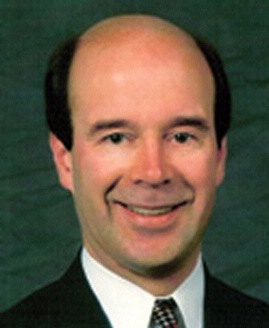 Marko was recognized for his work in sales automation.

“Joe Marko’s contributions to hospitality technology spans 20 years in more roles than some people have in an entire career,” said Jules Sieburgh, CHTP, a 1998 Hall of Fame inductee and the HFTP International Treasurer. “He has always been a great advocate for both the end-user and the developer of hospitality systems.”

While at Sheraton, in conjunction with David Troy, VP of sales and marketing, Marko conceived, designed and implemented (with the help of many) one of the industry’s very first Sales Office Automation Projects (SOAP), introducing a high level of automation. Marko also introduced Fidelio to the Americas as founder, chairman and president of Fidelio USA. He was also influential in promoting the spread of hotel systems while at Micor and Philips Hotel Systems. “Over the 25 years that I spent in hotel technology, I certainly gave it my total dedication. It is nice to be recognized for something that you put your heart and soul into. I am very proud of the accomplishments of all of the companies I was involved with.” 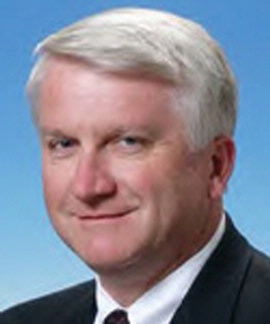 Sullivan was recognized for his expertise in hospitality systems design and operations.

“Bill Sullivan has been a true champion for hospitality technology,” said Richard Brooks, a 1997 Hall of Fame inductee. “Unlike many others, though, Bill is not a specialist. He has been a leader in hotel and restaurant, and is perhaps best known for his work with club technology. He has been a true ‘Man for all Systems’ in our industry.”

Sullivan worked for 31 years at the DuPont Co. in Wilmington, Del. where he spent considerable portions of his career in DuPont’s hospitality operations. He is now an adjunct instructor at the University of Delaware, where he teaches a Hospitality Practicum course. Sullivan is also the managing director of the Courtyard Newark at the University of Delaware and the University Conference Centers. “One of the great pleasures in my life is to teach young students and employees about how technology can be used to improve financial performance and to improve service to our guests,” said Sullivan. 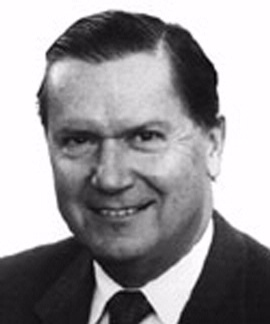 Roger Lane, CHAE, currently the MIS/controller at the Lago Mar Resort and Club in Fort Lauderdale, Fla. is one of the original supporters of hospitality technology. He installed one of the first property management systems at the resort he was working at, pushing the implementation of hospitality automation. He was also a very strong proponent of an annual hospitality technology show, which eventually became what is now HITEC. 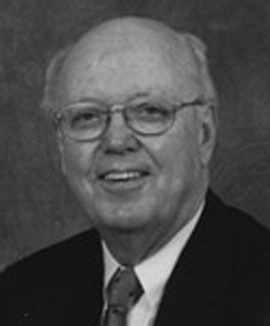 Richard Maloney, was a pioneer in hospitality telecommunications. As an account manager for ITT Sheraton, Maloney commanded the attention of Northern Telecom (now Nortel Networks) to focus on the opportunities available in the hospitality industry. He went to work for Northern Telecom and was able to convince the tech company to support a joint development activity with key hospitality customers, resulting in the development of a robust set of hospitality features. Breakthrough products in voice messaging, systems integration and terminal instruments (data jacks on guest room phones) were developed by Nortel and led the industry. Nortel’s products became upscale hotel standards, adopted by major hotel companies on a global basis. Maloney led Nortel’s vertical marketing group for nearly a decade. He was also a visible supporter of HFTP, HITEC and HFTP’s International Hospitality Technology Hall of Fame. Maloney retired from Nortel in 1999. 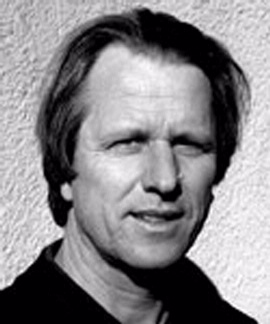 Dietmar Müller-Elmau founded Fidelio, which developed the only non-US-based property management system that is today the standard for most international chains. The approach to software design was revolutionary for the industry and the rapid creation of the sales and distribution network on a worldwide basis was very successful. 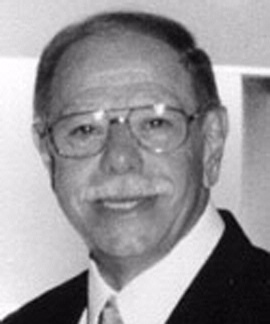 John Pignataro was vice president of technology functions at Sheraton hotels in the late ’60s, the ’70s and most of the ’80s. During those years, he led a three-pronged technology effort which included centralized corporate systems, the Reservatron reservation system in 1972-73 which endured for 15 years, and implemented successful hotel systems throughout all of Sheraton’s properties worldwide. Pignataro was also instrumental in helping the IAHA Hospitality Technology Conference develop during the late ’70s and early ’80s. 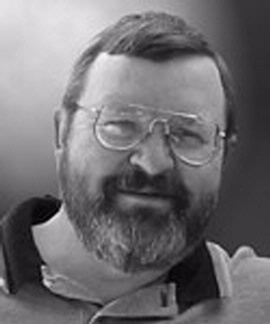 Robert Sanford created Hotel Information Systems (HIS), through which he was an enterprise technology pioneer. HIS was one of the first vendors to use industry standard IBM equipment such as the S/34, S/36, S/38 & AS 400 for its property management systems. This allowed international companies (such as Hilton International and Intercontinental) to provide a common platform for systems around the world, which was considered a real breakthrough. HIS was also a technology leader for many years, particularly in interfaces with various other systems. Sanford was very passionate about his products and strived to make them better.