Uniform System of Accounts for the Lodging Industry (USALI)

First published in 1926, the primary purpose of this publication is to offer operating statements formatted to provide hotel owners, managers and other interested parties with operational information pertinent to the lodging industry.

In 2018, HFTP acquired the copyright to the USALI, a logical step as the association has been connected to the resource since its origins as a sponsor and contributor. The copyright was previously owned by the Hotel Association of New York City. 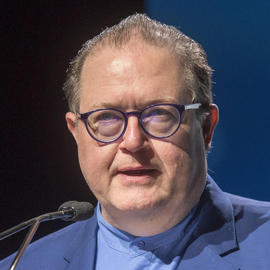 Recently, HFTP made the monumental decision to acquire the copyright to the well-respected Uniform System of Accounts for the Lodging Industry (USALI). The histories of the USALI and HFTP are intertwined. The association’s existence is due in large part to the establishment of the USALI, when the Hotel Accountants Association of New York met in 1925 to write and publish the book. From that point, the New York group and other state-centered hotel accounting groups moved to organize a national association. It eventually did in 1952 as the National Association of Hotel Accountants, now known as HFTP.

I am confident HFTP, as steward to the financial resource, will maintain the USALI’s relevance to the industry. HFTP plans to lean on its resources as an international organization to drive greater global adaptation. HFTP will also continue to prioritize the evolution of the guidance within the USALI to reflect the changing nature of the hospitality industry.

All rights reserved. No part of this publication may be reproduced, stored in a retrieval system, or transmitted, in any form or by any means—electronic, mechanical, photocopying, recording, or otherwise—without prior permission of the publisher.